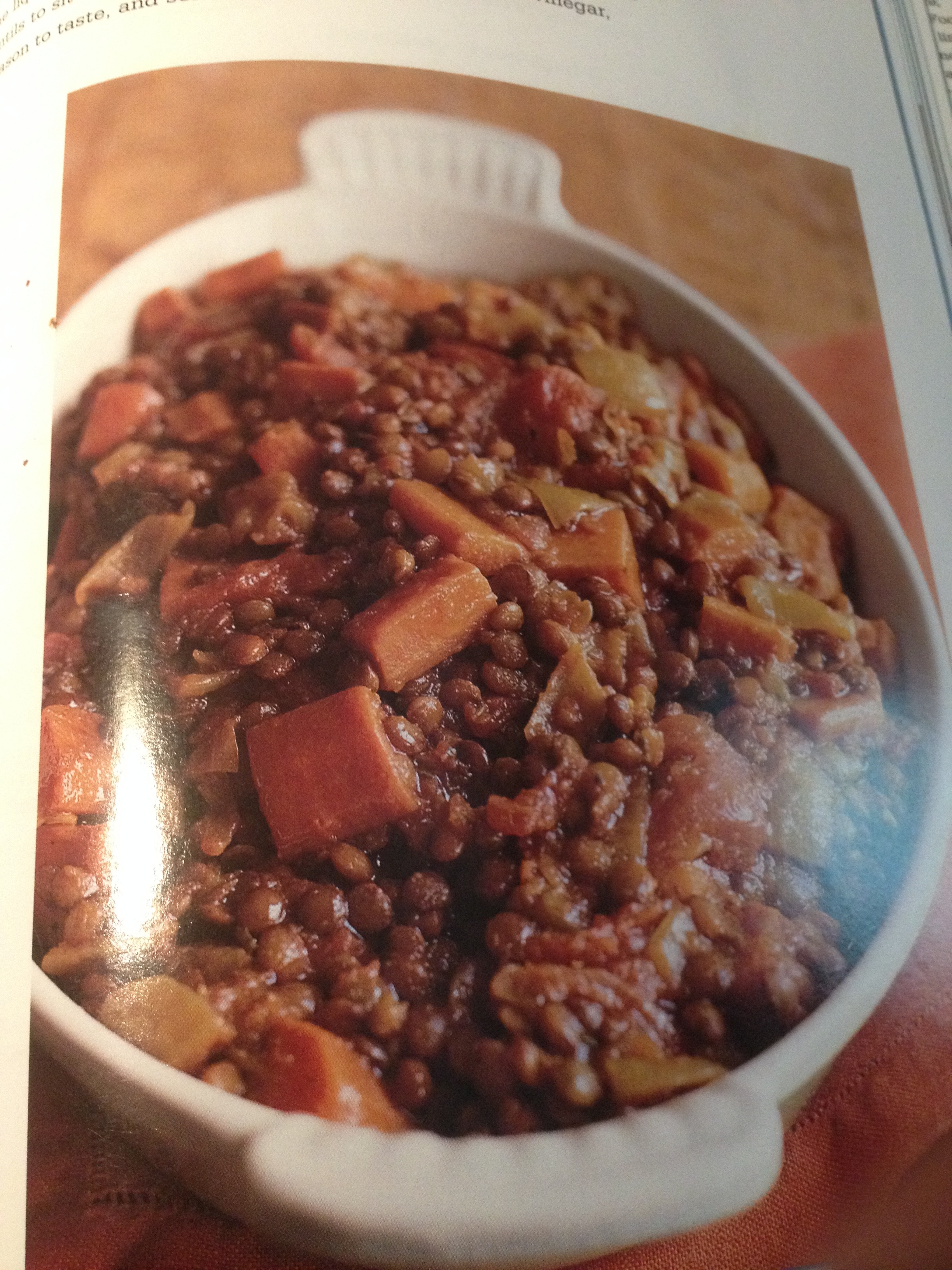 I’ve had a lot happen since my last post, including. . .car repairs. I missed last week’s gardening lecture at the library, darnit, and I missed seeing our Miss Shirley. Soon as I get the Texas state inspection finished and the registration sticker taken care of, I’ll be rolling for another year (we hope.)

If you haven’t heard, Starbucks is revamping their My Rewards program. Some frequent-customer math majors have figured out that due to the new 2-points-per-dollar-spent, members will have to spend a total of $62.50 in order to get a free thing. Currently, points are issued per transaction, no matter how much you spend, whether it’s a small coffee or a $7 salad or your favorite over-sweetened coffee-tasting drink thing. The new program will be strictly on what you spend, so big spenders get free stuff faster, but occasional visitors like me might be longer for a free thing. One complaint levied was that customers were requesting each item rung separately, giving them more points but holding up the lines. Starbucks will be keeping the “star dash” days, where you buy a certain thing, or use the mobile order app, or come in after a certain time and get extra stars; that’s how I’ve “profited” with it. I check the emails from Starbucks and use them accordingly, paying attention and getting extra stars now and again for different things. These promotions will continue.

I got my latest free thing on Monday, another salad. Because I managed to get extra points on Tuesday for something else I wanted, my next free thing expires 4/28. Woo hoo! It pays to pay attention, folks. The newly revamped program goes live on April 12, and if you’re already enrolled, you’ll be rolled up into the new program. Any points you have will be carried over and  multiplied by 11, so it behooves one to get 11 points by the 11th of April to get 121 points to start with. (I’m not a complete math dunce.) If you are already enrolled, pay attention to your emails so you’ll know when the “extra point” days are, especially Mondays, and rack up 11 points before COB April 11th.

Easter is this weekend, and our lovely new HEB will be closed on Sunday. I ducked in today to pick up some milk and a few other things. Well, as usual, while I shop in the daytime, I basically had lunch at HEB. Salmon burgers, chips with a very hot guacamole, a sip of fresh orange juice, some ham, and samples of one of these Bavarian Cream Fruit Pies that the demo lady was happy for me to have:

There’s also a larger one for $16. I did not bring one home, and I’ll be working hard to rid myself of the three samples she offered me today. They’re “freshly made in the store,” but. . .here’s how. I’m guessing the crusts are baked in the bakery, and then something called “Bavarian Cream” is poured from a huge plastic tube into the crust. then it’s topped with fruit, then with a glaze, then sweetened whipped cream is piped on the rim. Then for an extra touch, some crumbles are sprinkled on top. It’s not an overly sweet treat, and not as heavy as the kinds of desserts served during the holidays, but it’s pretty good. At least, I thought it was until I saw the “Bavarian Cream” poured into the crust. Oh, well.

On the way out I saw a stuffed toy I know you’ll just want two of, and if you have children or grandchildren, you’ll want to put these in their Easter basket:

Yes, those are stuffed armadilloes.

No kidding. Cute, but I passed on it. This time.

I’ve had some venison in the freezer for quite some time, a gift from Neighbor J upstairs from one of his West Texas hunting trips. It was a small wrapped package with just a few pieces, but I decided to use it. Haven’t had venison in a while, and I decided to. . .oh, you know what I did with it. After I used my multi-bladed hand-held meat tenderizer on it and put plenty of oil on it, then seasoned it up:

They fit right on the plates, too.

And why not? After Sunday’s burned waffle mishap. . .oh, nevermind. These turned out pretty good for a quick dinner.

See what I mean about your waffle maker being an indoor grill? Of course, I’m now concerned that with all the use and scrubbing I might rub off the finish. I’ll worry about that when the time comes (the plates are $40 to replace.) I could have just used the grill plates, but. . .why? Next time.

Spring is here, sort of, and I’ve been enjoying the last gasp of winter. Well, we think it is. . .a few years ago, we had 40-degree days in MAY. But not many of them. Every time I put away my favorite warm winter boots, I have to take them out again. Yesterday I was bundled in socks and a long-sleeved shirt, but all last week, like today, it’s  t-shirts and shorts. That’s life on the Gulf Coast. Folks in the northeast are still shoveling snow, Which brings me to today’s blog post.

It’s no secret I’m a big fan of Ina Garten, The Barefoot Contessa. I have all but one of her books (I just haven’t gotten the latest yet, nor Nigella Lawson’s) and honest, I don’t think I’ve ever cooked up anything bad from a BC book. I recently made one of my favorites–twice–once the week I got sick and the second time, because Neighbor E was given some delicious carrots as big as his forearm. (OK, they were big like cucumbers.) Like the potatoes I turned into waffled hash browns, carrots are not something I have often because of the high sugar content. When he gave me the carrots, I knew what I was going to make: Stewed Lentils & Tomatoes.

This recipe is from the 2006 Barefoot Contessa At Home, which I’d ordered online for my birthday, and requested it autographed. I forgot about that until I saw the invoice in the book, and looked at the title page. Yep, that’s the one.

I ordered this on the website, several years before I met Ina in person here in Houston.

You can order any one of her books autographed here, very easily; that’s what I did for this book. Oh, look! I don’t yet have Make It Ahead, and now she’s got a new book coming in October. Cooking for Jeffrey! (That’s her hungry husband, if you didn’t know that.) Awww. . .I wonder if he’ll be going on her book tour with her this time. Probably not, he’s a busy guy. I’ll get that last book one of these days.

It’s one of those recipes where you have just a few steps, put it all in the pot and let it cook. When you’re done, you have this warm, tasty bowl food that you know you will look forward to making again. This second time, I made a double batch so I could give some to both E and Neighbor R. E texted a couple of days later that he really enjoyed the “lentil soup.” It’s not lentil soup, but that’s OK.  He’d added one or two things to it, but he liked it, and so did R. So. . .three thumbs up.

Ready to make it? Here’s how it goes:

The setup (except for the carrots, I forgot to take pictures before I started cutting them up.)

First, you heat the 2 teaspoons of olive oil in a large saucepan. (I used a chili pot, same one I use for popcorn, but any large pot will do.) Your carrots should be scrubbed clean and large diced like this:

Your onions should also be large diced:

And toss that into the pot with the carrots on medium-low heat, cooking for 8 to 10 minutes until the onions start browning; stir with a wooden spoon occasionally.

Chop up the garlic, and cook for one more minute.

Used my little red garlic do-dad for this job:

Easy, and no smelly hands (if you’re lucky.) So while that’s going on, open up that can of plum tomatoes and dump the whole thing into your food processor:

Blitz it a little with the pulse button to coarsely chop them. Also, if you’ve not done this already, rinse and pick over the lentils to make sure there aren’t any stones or dirt in them.

Now add the tomatoes, along with the lentils:

Sorry, home-made chicken stock is not on my dance card right now. Central Market’s will have to do.

And the 2 teaspoons of chopped fresh thyme:

Now you see the wisdom of a hole in one corner of the cutting board. Makes this kind of thing very easy.

If you don’t have fresh, you could use 3/4 of a teaspoon dried thyme. (I recommend fresh, though.)  You also add the curry powder, salt and pepper at this point.

Raise the heat to make it boil, then lower the heat and cover it. Then you just let it cook until the lentils are tender, about 40 minutes. Check it to make sure it’s still simmering occasionally. When it’s done, and the lentils are soft, remove it from the heat and let it sit for 10 minutes, then add 1 tablespoon of a good red wine vinegar. Stir, season to taste (if you like) and serve it hot.

Actually, the liquid cooks down, and I guess I forgot to take another picture when it was done. So here’s the picture from the book, which is pretty much what I ended up with and brought to my two taste-testers:

It’s just a little side dish, but it sure does pack a lot of flavor. Just the thing when you want something warm, cozy and satisfying. I have a note in my book to make a double batch–it’s that good. And if you use vegetable stock instead of chicken stock–it’s vegetarian! Wait, it’s vegan too, right? OK–it’s “meat free,” “wheat free,” and “soy free.” I don’t care, it’s just so tasty and good that I should make it more often than I do.

One thing, though–because it’s higher in carbohydrates (starch) than, say, a sweet potato, make sure you have some protein with it too, or you might find your self in need of a nap. The first time I made some for dinner with AC, I had some the next day and promptly needed to sleep. That was Tuesday. On Friday, my lungs started burning when I coughed, so I figured out that it probably wasn’t the lentils, but the bronchitis. If you’re sensitive to high carb stuff, have some chicken or something so you don’t need a nap. Especially if you have some at lunchtime at work.

If you do fall asleep at your desk, you’re on your own. You could pretend you were in prayer, but I don’t know if that will work or not.

Lentils aren’t as common in cuisine in the US as they are in other places, like India. They sure are good, though, and this recipe can show you how good they can be. (I think I have a lentil salad recipe in the new Giada book, but I’ll check on that soon.) If you do like lentils, I hope you get inspired to try this dish. A printable PDF file of this recipe is also on the Recipes page with an ingredient list and exact directions.

So what are you waiting for? Go get some lentils! Easter is Sunday, and you won’t go wrong with this dish. . .unless you don’t make enough.