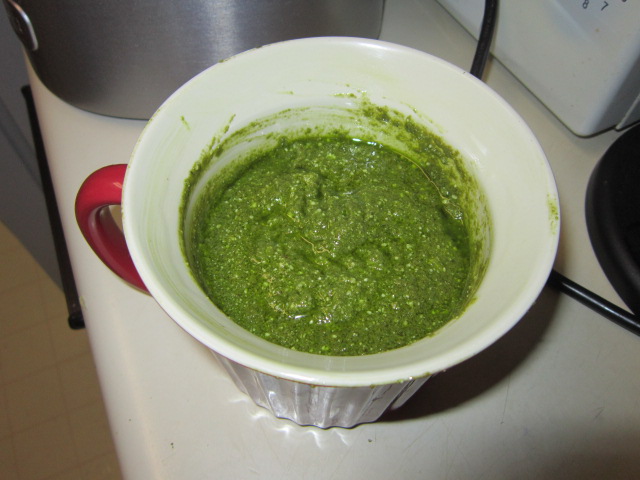 My apologies for being late again. I’ve been busy and just haven’t felt like writing. Period. But WordPress nags you if you don’t, I’d better do something.

Neighbor K introduced me to HEB’s new line of gluten free pasta, and for a while, I couldn’t get enough:

No, the cat food doesn’t figure into it.

However, it’s corn and rice flour that makes this pasta, so it’s high on the carb scale. I think I bought it three times, but I had to quit. It’s not the $1.99 price tag, though–I kept eating it!

Let me give you a bit of background: back in the day (about 1991-1994) I used to walk six miles a day. After the walk, I would eat one of two things: frozen veg with some butter and salt, or boiled pasta with (ugh) Diet Parkay margarine and a small amount of Parmesan cheese. Because, after all, pasta is “healthy,” right? It’s no healthier now than it was, but nobody knew that yet. I would get one of two reactions: with the veg, I had a great evening, but with the pasta, I would fall asleep. It took forever to figure out it was the pasta putting me to sleep for 15 hours, so I cut way back on it.

With the gluten-free pasta, I cooked one cup, added real butter and about the same amount of cheese. I got the same delicious taste without the sudden drowsiness. However. . .I couldn’t stop eating it! So I stopped buying it. Maybe in a few months or so, but not for a while.

Yesterday was Pesto Saturday!  The basil got to close to three feet high, so it was definitely time for harvesting and pesto making.

After I picked them (and picked through them) I rinsed them and put them through the salad spinner. You don’t want WATER in your pesto, do you?

One of the best parts of pesto: pine nuts. NOTE: do not eat any of the toasted pine nuts, or you will not be able to stop eating them. Trust me on this.

These burn VERY easily, so let me tell you how I keep that from happening–I put them in the toaster oven at 400 degrees for five minutes, and keep an eye on them. When they start turning brown, turn the oven off, then carefully pour them into a COLD container, like this bowl. You know, one you just took out of the cabinet, not necessarily refrigerated. Why? If you leave them in the baking pan, the cooking process continues and they’ll burn. By dumping them into a cold bowl, you stop the cooking process and they’re perfectly toasted.

Make sure you keep the rest of them sealed in the FREEZER, or else they’ll go bad–quickly.

Once I had all the components ready, I just put the parts together.

When it’s done, this is what you get.

You can find a good pesto recipe here at Food Network’s site, and it’s virtually the same as the one I got out of one of Giada de Laurentiis’ books. I add Parmesan cheese to mine, although that recipe says Pecorino. Really, with either one, you can’t go wrong.

If the plants will grow back and produce that much again in a few months, I could have at least one more batch of pesto to freeze for the winter. And that will be a good thing.

That, and finding SQUARE containers to freeze them in. The round containers I’ve been using take up too much room.

And why make so much pesto? You already know why–and I made some this week, too.

You know the old saying, “Never look a gift horse in the mouth?”

Last time, I told you about the gifted tomatoes the GER gave me. He said he didn’t get a whole lot this year, but he did give me two nice ones. Take a look:

Now, because I know a bit about this, I left them on the stove for a week, so they could ripen a bit more. Ripen they did. When I cut them open, this is what they looked like:

Not especially large, mind you, but, if you’ve ever been given the gift of tomatoes, you know why they are markedly different from the ones you buy at the grocery. Size really doesn’t matter once you taste one.  If you just slice them and eat them, all you need is a light sprinkling of fine sea salt. Hidden Valley Ranch Dressing would be a crime.

I also clipped what was growing in the lettuce pot. You know what they call “bitter greens?” That, unfortunately, was the only part of the “greens mix” that actually grew, plus some kind of parsley look-alike. Darnit. In order to actually consume this without gagging, I stopped at HEB and got a head of good old iceberg lettuce and made my own “greens mix,” which also included a few chopped up mint leaves and some of the flat-leaf Italian parsley that grows back there. That was quite a harvest, and what was it became was pretty darn good:

The closest thing I could call a recipe would be one head of iceberg lettuce, a handful of chopped flat leaf parsley, some chopped bitter greens, and a few–like, 5–chopped mint leaves. Don’t add more mint or that’s all you’ll taste. Much as I like mint, I know it’s not THAT enjoyable.

With two judiciously sliced fresh garden tomatoes from the GER, it became. . .salad.

A little olive oil and salt was all that was needed. I emphasize LITTLE.

And it was SO GOOD.

Summer’s here, please stay cool and enjoy what there is to enjoy.