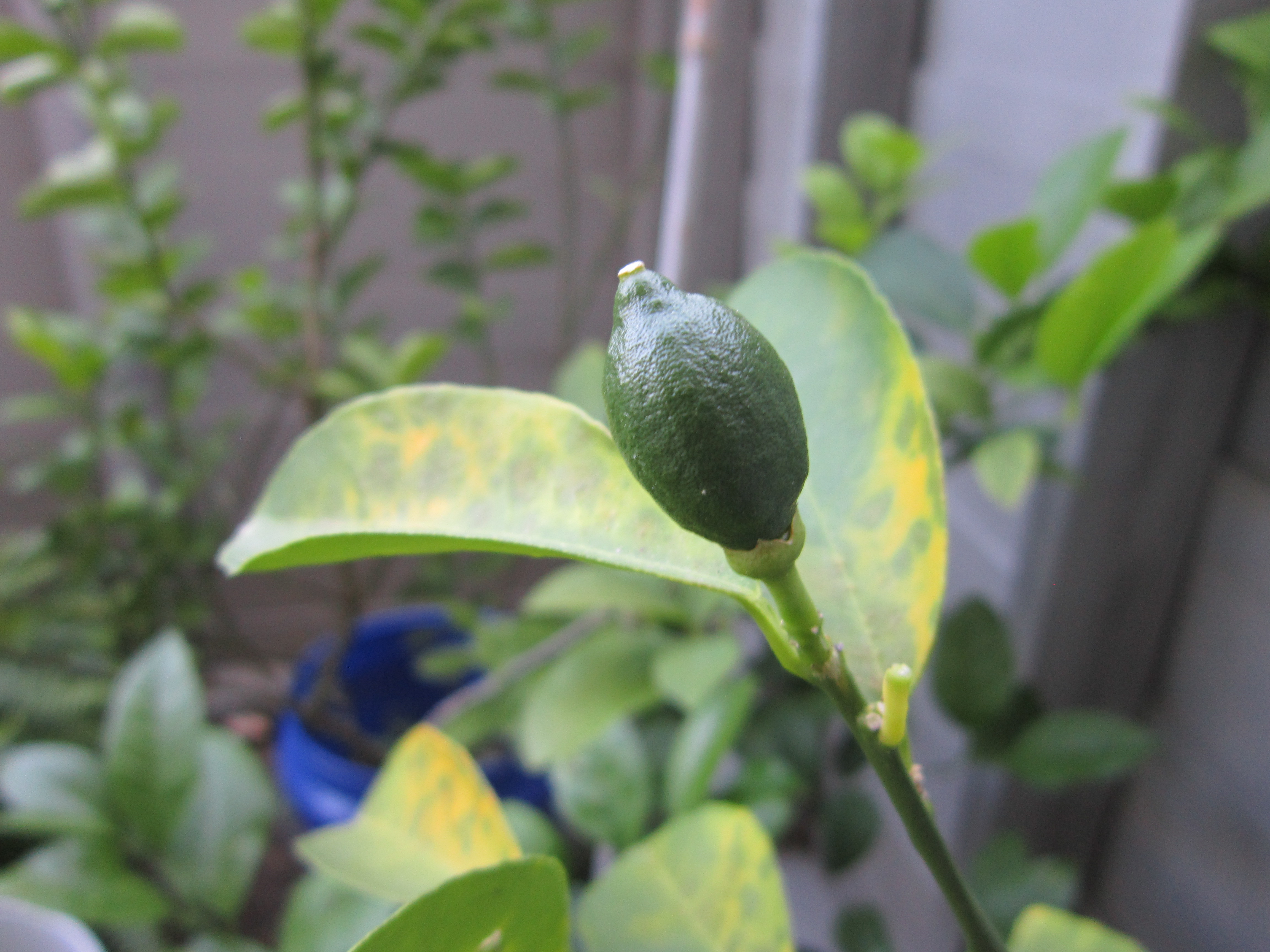 Well, spring is definitely here in south Texas, even though many folks north of the Mason-Dixon line are still holding onto their hot coffee with both hands. It’s that time of year for opening the windows or patio doors to let the fresh air in, and having dinner outside, if you have the space.

Neighbor E and I took a ride to our lovely new HEB this morning and got a few supplies we both needed. It was slim pickings in the nibbles department, so we were a bit disappointed. I mean, it’s Friday! We only had a little of the guacamole and corn chips, and at the Kitchen Connection, some cabbage, crusted fish and sauced chicken. Not bad, but not the usual stuff we find in that HEB.

After he put away his groceries and took his adorable but slightly neurotic Chihuahua Speedy for a walk, we headed over to Chipotle for some lunch. Why Chipotle? We each had a coupon for a free meal! He got tacos, I had a steak bowl, and I’m telling you. . .delicious. Wish he hadn’t offered me some of the chips. Oh, I could go back for a few bags of those–salt and vinegar–but I won’t. A couple of blocks away is one of our local post offices, where I shipped out a bag of HEB Breakfast Blend (decaf, and I ground the beans in the store) to my sainted aunt, who moved into a senior apartment building last week.

I’ve got some pictures from the garden, which didn’t go dormant much this past year, since our “winter” was pretty mild. It really was 80F on Christmas Day, pretty much the same as Melbourne, Australia–go figure. I was cooking it up in shorts and a t-shirt two days before our next cool front. But spring brings all kinds of new things, and the HeatCageKitchen garden is full of them.

Remember last year when I had an overload of Anaheim chile peppers? That could happen again this year–the tree is coming back with new growth:

That’s the top, and the biggest pepper on the tree so far.

Speaking of peppers, these bell peppers may be as big as they’re going to get. “Baby bells?” Who knows, but they look like they’ll be ready to pick soon:

I hope they get bigger.

That plant may be ready to pull, but we’ll see. I went looking for another bell pepper plant this morning in HEB, and I found one. Pinot Noir Peppers!

I don’t expect them to taste like wine, but I wouldn’t mind if they did. (No alcohol, of course.) Fingers crossed for a bumper crop of these.

The jalapeno plant is blooming again, too, but I didn’t get a picture of that. Now, I’m really hoping to have some fresh garden garlic this year, and it looks like I probably will–the garlic scapes never dried up:

Regular readers of this humble blog have long known about my love for about re-growing cuttings from grocery store produce, particularly onions. I don’t know where I got the last batch, but they’ve been real over-producers:

Now what’s with the bulbs on the top? Flowers! No kidding.

The top of a green onion. First time that’s ever happened to me.

As many times as I’ve done this, I’ve never had them flower. Hopefully they’ll drop seeds in the soil and I’ll have onions forever.

I’ve actually eaten a couple of strawberries from the new plants, and I really need to get out there and put them in a bigger pot so I can pick them all summer:

Ditto for the basil, which I discovered can be re-propagated by cutting parts and putting them in water, just like celery and lettuce. Oh, and look what I just found!

Here’s hoping these two plants are also prolific producers once I get them in a bigger growing facility.

It’s doing pretty well since I cut it:

Mint’s doing great too, all I need to do is make that Mojito, darnit.

Remember The Lettuce Experiment? Well. . .the stubs didn’t last long, but something strange happened. Maybe one of those heads wasn’t romaine after all, because it’s growing back differently:

Lettuce! (Mint at the upper right.)

I haven’t tried it yet, but maybe when the sole tomato ripens. In any case, the GER reminds me that lettuce is a winter crop, so I hope it lasts.

Just above the mutant lettuce is the celery that I recently cut and used in a salmon salad.

Let me point out that this was was made like tuna salad, with canned salmon, boiled eggs and the like. I didn’t think to take a picture of it before I cut it, but I can tell you that the other two celery stubs that were growing well were hidden by this one, and they didn’t make it. So I have to wait until this one grows back, or maybe move it where it will get more sun. Soon as I get back in the garden and pot all the plants that are still in the tiny containers. And spray DIY weed killer.

The citrus trees are doing well. The flowers have fallen off, and the fruit buds are starting to appear. I am hoping for a bumper crop this year, and I’m diligently watering them to prevent the remaining buds from falling off. This is the biggest bud on the Meyer lemon tree:

I only got two of these fantastic lemons last year, so fingers crossed. This tree had 7 buds at last count, but the Key Lime tree gives me more hope:

E and I saw the citrus plants for sale today at HEB, and there were lots of buds on the Meyer Lemon plants. He doesn’t have room for one, and I’ve already got one. If I were able to buy one for a gift, the GER might have gotten one for the Funk House/Junk House back garden. (Not this time, sorry.)

Now, the Italian flat-leaf parsley has been a prolific producer, and I just cut what I want and let it grow back. It happens pretty quickly:

Good for all kinds of things, including pesto, either as a base herb or as an additive to the pesto if you don’t have enough basil. However, I found another use for parsley when I went looking for something to use fresh oregano for. It’s green, it requires a blender, but it is NOT pesto. Not Italian, either. But it sure is tasty.

If you’ve never heard of it, that’s OK, not everyone has. It’s green, but it’s not pesto.

Since I’m not remotely familiar with Argentinian cuisine, I’ve never had the occasion to have it. However, when I went to Pinterest to research fresh oregano recipes, that’s what kept coming up. So I made some for dinner with AC last week, drizzling the sauce of roasted chicken breasts. She said it was good, but I haven’t heard from her since. Neighbor E enjoyed it too. I like it, although admittedly, the recipe I used makes a lot of it, so I’ve put it on more stuff. Chimichurri is traditionally drizzled on steak. But it’s so good, who cares what you put it on?

This is the recipe I used, and if you’re interested, there is also a list of 20 additional ways to use it. Like pesto, it’s a raw sauce that’s versatile and adds a great flavor to whatever you put it on. If you’re one of those people who likes dipping bread in pesto or olive oil, chimichurri is a different flavor to savor.

I had regular oregano, not the spicier variety, but didn’t bother with the pepper flakes. I thought it was good enough on its own, and didn’t need it. Want to try it? I didn’t take enough pictures, but here goes.

Place all ingredients into a high-powered blender and blend until very smooth. Allow to sit at room temperature for at least 30 minutes to allow flavors to meld. Use as desired.

Since I didn’t have enough parsley growing out back, I headed to my fancy HEB for a few ingredients, only to be told, “we don’t have any parsley today.” HUH? No parsley? No kidding. So after I finished my shopping, I still had to stop at Kroger to get parsley. All Kroger had was organic parsley, at $2 a bunch. I wasn’t taking any chances at a third grocery on my street, so I just got two. And I washed it really good and sliced it off the stems:

Don’t chop too much, the blender will take care of most of it. Just make sure your parsley is rinsed CLEAN.

Toss it all in the blender, no kidding, and it’s DONE:

We had chicken breasts and a nice salad with it, as well as the Cashew Bread. The next day, I used the rest of the lettuce and made a chicken salad. Just chopped up the remaining chicken breast:

Tossed it over the salad green:

And added more of the Chimichurri sauce.

Whether your dinner is hot or cold, this stuff is GOOD.

Also discovered that it was time for a new gasket on the ol’ blender. It leaked despite a new cutting assembly and neck collar. The gasket was the only part I haven’t replaced yet. Well, I have now, it arrived yesterday. More karma of spare parts. I really hope that’s the last of it–I made some Pea & Pesto Soup last night, and it worked just fine, no leaking. Lesson learned: the gasket should be the *first* thing replaced if your blender is leaking, or, bought along with any additional spare parts ordered.

If I didn’t make it home safely from HEB or Trader Joe’s one day, at least all my appliances will be in good working order, right? That’s important, as the GER will tell you, when you’re having an estate sale.

If you’re considering what to have for dinner, especially if you’re cooking for more than one, consider whipping up some chimichurri sauce this evening, or this weekend for a quick flavoring for something next week. It’s fast, easy, tasty, and will give a fresh flavor to whatever you add it to or drizzle it on.