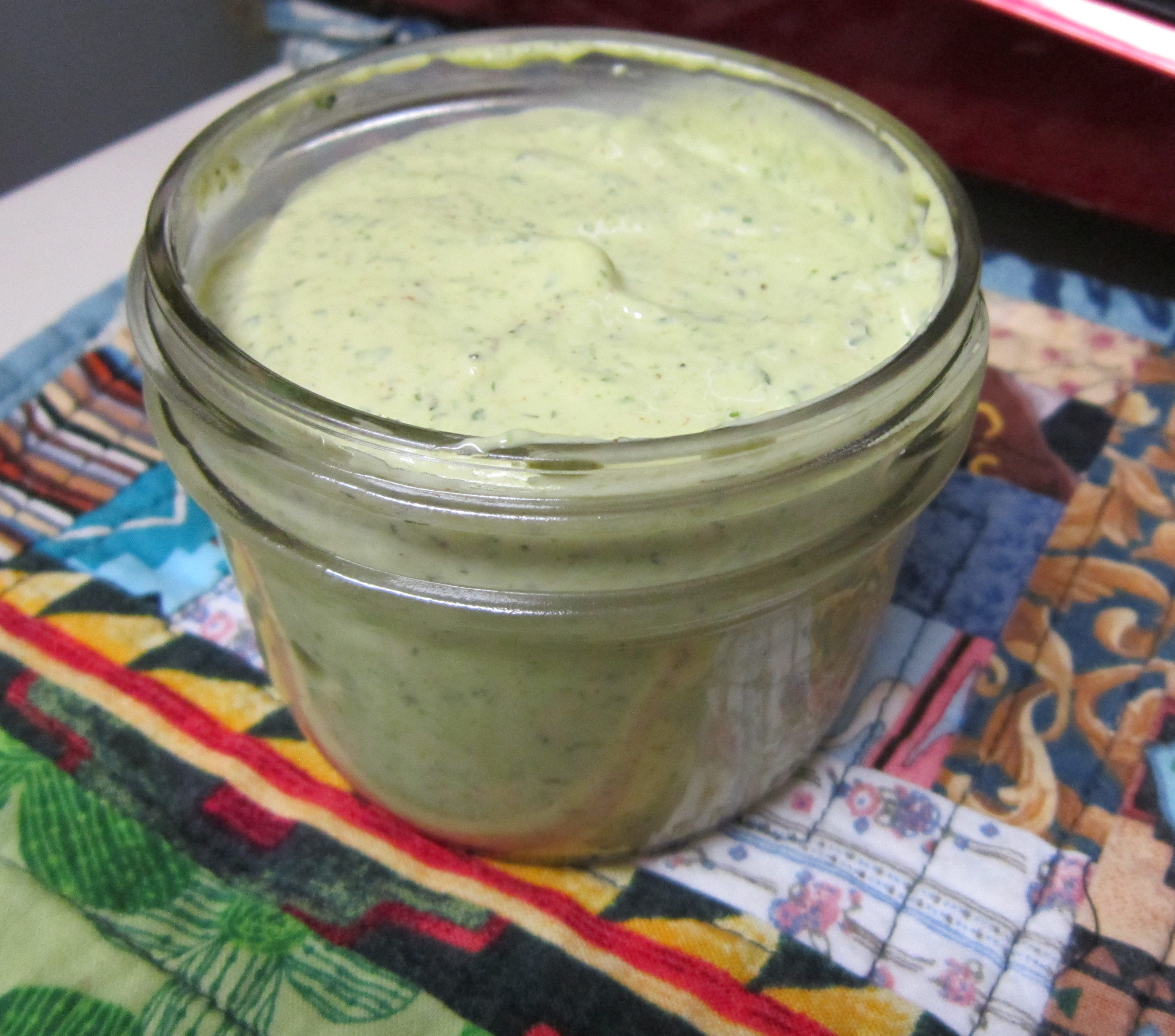 Once again, apologies for being absent. Life has pulled me in other directions. I’ve still got one post I’m trying to get to finish, but it requires research, and I haven’t sat down to do much of it. But if you like to read about foodie subjects, it’ll be worth it. I like to make sure I give all of you something interesting to read.

I keep thinking I don’t have anything to write about. Then something else shows up, and I write a blog post about it.

This post involves some garlic, and I’ve been meaning to mention this important point for a while. I read recently that when you’re buying garlic, there’s a simple way to know if you are getting domestically produced garlic or garlic grown in China: the roots. If you are buying garlic that has roots attached, it’s domestic, grown in California, Texas, or somewhere else domestically. But if the roots are scraped off, and the bottom is concave, it’s China-grown. This article on the Living Traditionally blog explains it further. Garlic from China is bleached, and even organic garlic is grown under questionable conditions. I have not yet been successful growing garlic here in the HeatCageKitchen garden, twice buying some from Territorial Seed and finding nothing in the spring. (Not their fault, of course, I’m an obvious amateur.) I put the question to the lecturer at our last monthly Green Thumb klatch, and she told me to just look for local garlic, probably grown in nearby Dickinson, and let it sprout. DUH, Amy.

I like to read myself, if you didn’t know that, but most of it is online now. I think I mentioned that I cancelled my 20-year subscription to Martha Stewart Living earlier this year; it just wasn’t “Martha” anymore. But I do read other things, and one of them is a wonderful publication called Mary Jane’s Farm. What? You’ve never heard of it? Me either, until I got a flier from them a few years ago. I wasn’t particularly interested, since I was reading Hobby Farms, along with the now-defunct Hobby Farms Home and Urban Farm, all at the same time. The second and third magazines were eventually rolled up to the first, and I later subscribed to Mary Jane’s Farm. It’s a replacement, I suppose, for Martha Stewart Living, although the content is somewhat different. The target demographic for Mary Jane’s Farm are women who live on farms, those who want to live on a farm, and those, like your humble blog author, who dream about living rural in the future.

I received the August/September issue last week, but finally got around to reading it on last Tuesday. Oh, BOY! A feature article on. . .Farmgirl Barbecue! Being a naturalized Texan (September will be 18 years since I moved here), I appreciate good barbecue. Even though I have my favorite barbecue sauce from one of Suzanne Somers’ books, and my favorite barbecue rub from the May 2002 issue of Martha Stewart Living, I’m open to considering new forms of barbecue. Mary Jane’s Farm delivers.

What first got my attention was the Blackberry Barbecue Sauce on page 46. WHAT?? (Warning: that recipe also has fresh ginger.) Unfortunately, it also calls for “2 cups ketchup,” and the recipe for said ketchup is on page 43. (GRRRR.) OK, so I look at that recipe but would have to buy 6 large tomatoes parsley, coconut sugar and lemon juice (I generally have limes around.) Not going to make this today. . .but the recipe for yellow mustard is next to it, and I have everything I need to make that. I’d like to try it soon.

Then on page 44, I see a beautiful picture and a recipe for Creole Aioli.

How could I resist? (Recipe available on the Recipes page.)

I’ve got everything I need to make it! Almost.

Now, hang on. . .I’m sure there’s at least one person who’s thinking, “what is Aioli, and can I get arrested for making it?” Relax, it’s legal (at least, for now.) Aioli is a French version of mayonnaise, made by hand (usually) and is more of a dressing than mayo. There is a good version of it in Suzanne Somers’ first cookbook, and she explains it. However, this farmgirl “Creole” version packs a seriously garlic punch. (Not all “Creole,” “Cajun,” “New Orleans”and “Louisiana-style” food is burning hot.)

So what excuse did I tell myself for making it? Well, there were four:

And here we are!

I don’t normally have sour cream in the fridge, and that’s one of those things that goes great with potatoes. (Thanks, Neighbor E!) So the first thing to do is get some hash browns cooking, since it takes about ten minutes or so once you put the lid down.

Nothing like the loud, satisfying sizzle when this hits the waffle plates. (The potatoes might not have been dried out enough, either, but they were still pretty tasty.)

Ready to rev up nearly anything you’re having for dinner–or any other time–and make a big mess while you’re at it?  Let’s make some.

As you can see, I had everything handy, with the exception of a lemon, so I used lime. (You can do that in many recipes, unless you’re making a Mojito.) Normally, I would not cut that much basil (you see the size of them leaves?) but when I saw Miss Shirley last week after the gardening lecture, I told her about the big, leafy basil I was getting, and she suggested cutting a third off.  So. . .I did. And that fresh oregano plant needed a bit of cutting, too.

I started out doing Mise en Place, or prepping everything and setting up. (I heard Martha Stewart say that on the show years ago and never forgot it.) There’s someone on set on those cooking shows and morning-show food segments doing this before they go live, you know. Neighbor R gets upset watching cooking segments on those get-together TV shows because she knows how long stuff takes. But, she says (while gesticulating with both hands), “when you watch them cook on TV, it’s boom-boom-boom and it’s all done!” They’re set up before the cameras turn on so that everything is ready to go, and the cooking host can make that dish in a matter of seconds. For more complicated things, like bread, several are made so that you can see how it’s supposed to look in various stages of completion.

I measured out the spices and put them in a pinch bowl, then separated out the eggs:

Went to town on the basil and oregano:

I cut a little too much basil, so the remainder went in the fridge covered in some olive oil and I used it to coat some chicken leg quarters I roasted yesterday. Along with two egg whites in another pinch bowl, which went into the weekly slow-cooked breakfast quiche.

Once everything else was done, I set out to deal with the 3 cloves with a half-teaspoon of salt. In a mortar and pestle. No kidding.

When was the last time you saw me use one of these? I don’t know either, but I have one.

If you don’t have a mortar and pestle, you could try smashing it in a small bowl with the back of a wooden spoon, mixing with the salt to make the paste. I haven’t tried that, it’s just the first thing off the top of my head.

The salt acts like an abrasive while you grind it into a paste. That’s right, a paste. It takes a few minutes of elbow-greased grinding, but it does come out that way:

Once that’s done, the recipe says to add it to a small bowl with the egg yolks and whisk them while you slowly pour in the olive oil. However, I decided to not to entertain the possibility of making a huge mess with eggs and olive oil and spending the rest of the night scrubbing them off the floor.

The alternative, aka “direct-application” method.

You may be asking yourself, “Why is Amy using an immersion blender for this?” Answer: because Amy also has no patience.

I’ve made mayo before, either like this or with a regular stand blender. It’s not difficult, but I have no idea why they don’t suggest a blender. So I did it.

First you whiz together the egg and garlic paste. Then you add in a half-cup of olive oil, whiz that around (or whisk it by hand if you prefer) then add the spices, herbs and lemon juice, and blitz it again (or just mix it well.) If you’ve ever made mayonnaise from scratch, you know how this works. (Placing a small cut of rug backing under the bowl helps keep it in place and prevent sliding, just like the anti-slip cutting board trick I mentioned in my last post.)

You end up with this:

Holy Shish Kebab. You really, REALLY need to like garlic for this one.

What does it taste like? WOW–Garlic! Pepper! Spice! Herbs! You don’t need much–this Aioli will knock you over. The recipe calls for 1/8 teaspoon of cayenne, but I used about a third of that. (In other words, not very much.) You can leave it out altogether, if you like–the garlic stands on its own, and will still throw you off your chair if you’re not ready for it.

This is very tasty on the waffle hash browns, (like the hash browns themselves) really, REALLY creamy and so good. There’s a lot of taste in this little cup of sauce. It keeps for about a week in the fridge. A little goes a LONG way. But dip with care–the strong taste will compete with other flavors like sweet potatoes. I tried it with baked sweet potato fries, and the tastes compete too much. But it’s great on the regular white potatoes.

I need to make more soon.

I gave some to Neighbor E to try. (I didn’t give any to Neighbor R, since she’s elderly and the cayenne pepper might bother her stomach.) He forgot to pick up a potato to bake on his last food forage, so he could try it that way. E finally decided to use it on a sandwich and loved it.

WARNING: Remember that there are raw eggs in this aioli, so anyone who is allergic to eggs, is very young or elderly, or has a compromised immune system, will need to leave it alone. I hate to be a Debbie Downer, but you don’t want to surprise anyone who can’t have raw eggs for any reason. Unfortunately, my longtime friend The E Man is allergic to eggs. . .sorry, Dude.

But if you don’t have a problem with the raw egg yolks, enjoy garlic, and can handle the pungency, Creole Aioli is a delicious spread or dressing for you, any time. As always, the printable PDF is on the Recipes Page for you.