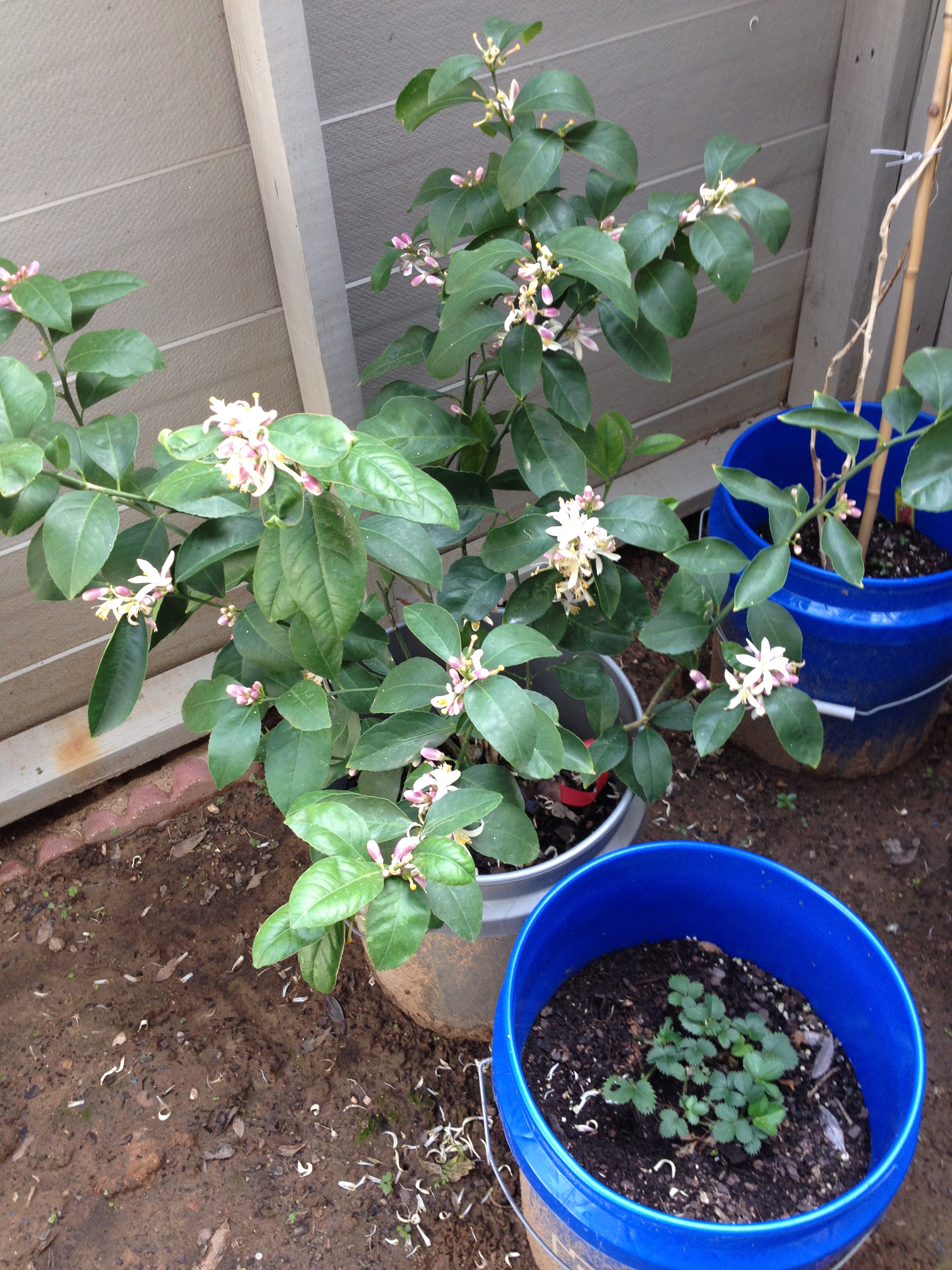 My sincerest apologies for my lateness in updates. As they say in IT, I have once again been OBE, or “overcome by events.” No, I’m not getting married, but you know if I were, I’d be working on how to bake my own wedding cake. Gluten-free, of course. And then some chocolate has been involved.

One thing I have been doing is some overdue sewing stuff. I’ve used up quite a lot of leftover pieces, have one overdue Christmas present to give (he knows about it) and am buzzing through stuff that has been sitting anywhere from one month to ten years to make. I completed two lunch bags and gave one away this weekend, along with three vinyl rain bonnets. At some point, the scraps will be either sold on Craigslist, donated, or, last resort, bagged up for the trash or recycling bin.

And while I sew, I’ve been binge-watching the cool crime drama known as Burn Notice. Since I get the DVDs from the library, I’m not watching them in order. I’ve seen seasons 4, 5 and 6, and have 7 and 3 on order, along with a prequel called The Fall of Sam Axe.  The last one is a movie where they take one of the supporting characters and bring him to the fore to show how he got to the current day point. I saw a couple of episodes originally in 2010 when it was new, because I was dating someone who watched it and liked it. I found the DVDs on the shelf a while back and have made it my mission to see every episode through the end of the series. The final season has numerous requests for it, and last I checked, I am 17th in line. The only downside is that I will never be as smart as Fiona, the “trigger happy ex-girlfriend.” Oh, well.

I’ve got a roast in the crock pot, and will be making more of the white bean mash later this evening. But I have a few things to tell you about, so here we go.

Aunt Kathy finds these and I love them. ‘Cause if you can’t poke a little fun sometimes. . .you’re no fun.

Opinions on my recent pineapple upside-down cake were “great” (Neighbor R), “really good” (Neighbor K) and “I didn’t care for it” (Neighbor T.) I thought it wasn’t as good as K’s, and I probably won’t make it again anytime soon, but K felt like mine was better than hers. Weird, huh? Neighbor R also really liked it, and I thought it was pretty good too, but I needed to know that T didn’t care for it–feedback is important, right? (I was only using up a pineapple anyway.)

While shopping in SuperTarget last week, I’ve discovered a new product from Smuckers, a fruit spread sweetened with stevia-based Truvia instead of the chemical Splenda:

So far it’s just blackberry jam and strawberry preserves, and there hasn’t been much fanfare on it. The ingredients also include malitol, which is also used in sugar-free chocolates. If you continually nibble on those sugar free chocolates. . .don’t leave home. Seriously. But a tablespoon of strawberry preserves is 15 calories; on top of a 45-calorie rice cake, well, you do the math. May have found me a go-to nibble with no consequences. The strawberry is indeed pretty good; next time, I’ll try the blackberry. Look for the green label and tops. You can find out more here.

New trend? I hope so. I do miss jam and jelly sometimes.

The HeatCageKitchen garden is still going strong. From the blooming Meyer Lemon tree to the high sprouts of garlic and green onion to the little tomato that just won’t quit, I’ve got it going on. This is not without challenges, of course, but there is green stuff. The monster pineapple plant has finally gone to its new home in a backyard, and I’ve been promised some pineapples if it ever bears fruit.

Lots of flowers, but dunno about the day when I can pick me some Meyer Lemons. When I asked my gardener friend about it, he said, “you might get one or two.” Thanks for the vote of confidence, Dude! I don’t know how old that puny strawberry plant next to it is, but I’m thinking it’s going to get replanted to get more sun, like in a hanging basket.

Get a load of the garlic, shooting as high as the sky:

Anti-vampire insurance. Not sure about zombies.

I like to go out there and nibble on the green shoots. Yum. They’re not as strong as the actual cloves, but I wouldn’t go kissing anyone after nibbling on them.

The Enigma Tomato, about the size of a golf ball.

We have had multiple freezes since this plant was purchased a year ago, identical to the dried up stem next to it. I have no idea why, how, or for whom this tomato still exists. But it’s growing and hanging in there, as well as the plant beginning to regenerate. Maybe I’ve got Jack’s Magic Tomato Plant; I’ll see how this finishes off.

I’ve got plenty of mint, parsley and green onions for whatever I decide to create:

A little water and they GROW!

And rosemary until the Twelfth of Never:

Oh, that bucket next to it? Yeah, there are two of those that were planted with lettuce. Not much since that snail got in and feasted on it. <burp>

Ditto for the radishes–I had two growing with foliage, and some inconsiderate nocturnal creature came by and nibbled all the greens down. Now I’m not sure if I have any growing, or just two, and I’ll need to dig them up in the next month or so and look for red orbs. The article I read about planting radishes said that the colder the better, and you’d see the tops of the radishes peeking out from the soil. No such luck, despite several freezes, and no other evidence of anything, only shamrocks coming up.

Maybe another time. I just wanted *something* to be successful and abundant. At this point, I can make one small salad with a few lettuce leaves, one tomato, mint, parsley, garlic shoots and possibly one or two sliced radishes.

Hey–I bet that would go over well in one of those high-end restaurants. You know, the ones that serve 3 scallops with a tablespoon of chopped fresh baby arugula with olive oil as an entree and charge $85 for it? I’ll give that some thought. A teaspoon of olive oil, a drop of lime juice, a pinch of Maldon sea salt or that pink Himalayan stuff, and all those arranged in some kind of artistic fashion on a fancy china plate. Call it Amy’s Garden Delight Salad. Let me think on this–I bet we could have them lining up through the door! (Unless I just gave Giada de Laurentiis an idea for her new restaurant.)

As a gardener, though, it’s a bit of a flop, unfortunately. But I’m working on it.

Last week was neighbor K’s final evening lecture for the year, and the last evening I would be taking out the pug and feeding him while she was working late. And as has been the custom, K brought home some delish food that was left from said event, which included meatballs with a sweet/sour sauce, corn chips with some spinach-artichoke dip (YUM), and an assortment of dessert bars, which included a lemon bar, several chocolate chip brownies, and something new with chocolate chips, coconut, and other delicious things. Mind you, the bars were sliced small this time, they weren’t big squares, thank heavens. I texted her later to tell her that everything was up to its usual high standard. MMMmmmm. . . .

So last Thursday, I had a weird day. Four phone calls, all from people who could not pronounce my name at all. On Friday, neighbor J, one of the few males in my building, got home the same time I did. I told him how annoyed I was at the phone calls, and he said, “You want a beer?” I said, “is it cold?” He said, “No.” I can make it cold, and I did.

However, one beer was all I was interested in. He gave me one beer with another 23. Yes, a CASE of beer. I frosted up one, and cracked it open. . .and remembered why I don’t drink beer. It’s a guy thing. I took one taste and, well, let me put it to you this way–what I normally drink is water with lime or lemon and pink stuff, coffee, tea, or on occasion, a little fruit juice, or, even rarer, wine.

This was a complete shock to my taste buds. But I finished the frosty cold can without a buzz, since I was also eating at the same time. And decided that I would not say “yes” to a beer again. Last time I had a good beer was in 1991 at a place called the Crescent City Brewhouse on a date, and I wasn’t driving. That was wonderful–and I haven’t had one like that since.

The next question was what to do with the remaining 23. . .and they went to neighbor R, who does drink beer. I hope she enjoys them, and thank heavens, has room for them, too.

I’ve got two appointments this week, and some more work to do on sewing up old projects and either giving them away, donating them or otherwise putting them to good use. Meantime, I’m going to make me some dinner. Make yours, too, and make it good, whatever it is.

Saturday Night Steak (and other updates)