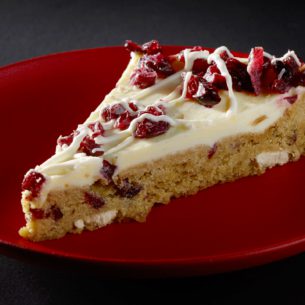 I know, I said I wasn’t going to publish again until after January 1, but you know how these things go. This is a shorter post than usual. I am, as always, anxiously awaiting this year’s Doctor Who Christmas Special, The Husbands of River Song. When I found out what the title was, all I could think of was, “she’s had more husbands than me? I thought she was just married to The Doctor.” Well, at least she gets to travel in time and space. I get to drive around Houston occasionally. Mostly in my little knothole.

I also have an idea for another post that I may publish next week about a New Orleans foodie-related mystery that’s been going on for more than 3 years. Heck, my humble blog may get it moving again. More on that later.

Now to answer why I’m posting on a Sunday. This is an EMERGENCY blog post–I have to tell you what Nicole over at Gluten Free on A ShoeString has done.

I’ve written about Nicole before (see this re-blog on Gluten Free Donuts), and I get emails when she publishes. Of course, she’s always baking up delicious things for us gluten-averse folks. If you’re interested in more gluten-free baking, hop on over and follow her blog, for she has lots of tricks up her sleeve to keep your baked goods dreams fulfilled.

Today, she reached the pinnacle of gluten-free re-makes.

Nicole has created a gluten-free version of my personal favorite, Starbucks Cranberry Bliss Bar. Why is this significant? Because. . .Cranberry Bliss Bars are a seasonal treat at Starbucks that are something to LIVE FOR. Seriously. (Unlike the heavy-sugared Pumpkin Spice Latte.) Take a look:

A Cranberry Bliss Bar, picture from the Starbucks website.

This is, of course, not a big treat, but it is big on flavor. One taste and you are a goner.

I first tasted this treat when I was sick, and coming home from the only doctor’s office I knew about near Hobby Airport. (This was a no-questions-asked walk-in clinic that would take non-insurance patients, long before I was going to see Dr. Davis at Woodlands Wellness.) They had an on-site pharmacia for patients, but it was closed that day. Driving my sick self home down I-45, I thought, “now where the heck am I going to get my prescription filled?” And then it dawned on me.

The Baybrook Super Target has a pharmacy AND a Starbucks! So. . .while I waited for my prescription, I got a nice, hot coffee. I was really sick, you see, with yet another painful swollen-gland throat infection (including fever) and I figured I deserved a little something sweet that day. It was that time of the year, and I just pointed to the red and white thing. It was carefully packed in a bag and handed to me as I paid my tab.

I sat in the corner, like the sick cat that I was, slowly sipped my coffee and took a little bite of this heavenly and festive triangle. I had never tasted such a combination, and immediately fell in love with it. I sought out at least one every holiday season (for they are not cheap and the price has nearly doubled this year) but ran into an issue in 2013 when. . .I went gluten free.

I passed on them in 2013, but I did manage one of them last year. Only one. And I may do it this year too, whilst they’re available. But now, I don’t have to worry–because Nicole has figured out how to make them gluten free. (Note: we get them down here in Texas at Starbucks, so I’m sorry they aren’t available everywhere, from what Nicole says.)

Nicole uses something called Better Batter, which I admit I’ve not heard of before (she uses a lot of different and cool stuff that I don’t know about.)  However, what I can put my paws on quickly is Bob’s Red Mill 1-to-1 Baking Flour, which has similar ingredients and does include Xanathan gum. (If your local grocer doesn’t carry it, you can also buy it from Amazon.)  It’s the flour I used for one of the recent pizza waffle recipes. One caveat Nicole points out is that if your GF flour doesn’t have Xanathan, you’ll need to add half a teaspoon (included in the recipe.)

I think there’s a bag of this flour in my grocery list this week, along with dried cranberries, cream cheese, and white chocolate. Holy Shish Kebab!!

If I make some, there will be some taste-tester deliveries. I doubt that the GER would be interested in something like this–he tends to prefer gas-station dining for some reason. (No, it’s not my cooking. It’s just his idea of convenience cooking.) But if I do manage to make them, I’ll be crowing about it here. Because now that we have a gluten-free work-around, Cranberry Bliss Bars are not just for the holidays anymore.

If you’re one of those people who loves the Cranberry Bliss Bars, now you can make them yourself, and even in gluten-free.