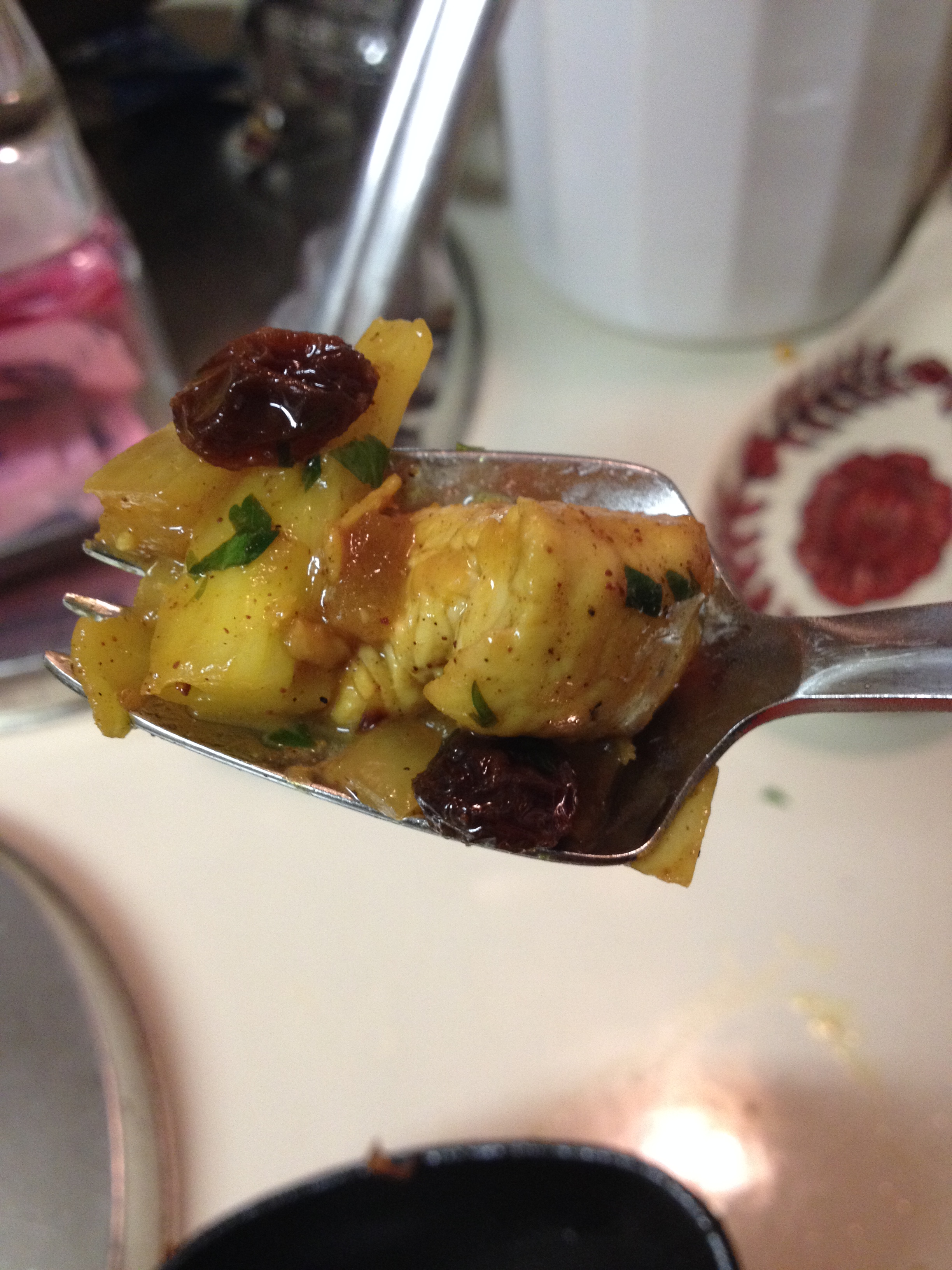 Happy Monday! I know, Mondays are awful, right? No, not necessarily, but we’ve been conditioned to believe that they are. It’s just that for a great number of Americans, the work week starts on Monday, and the fun ends until Friday. However, I’ve had enough fantastic Mondays and bloody awful Fridays to be able to tell you that you shouldn’t hang a label on either one.

I’ve completed watching all 7 seasons of the USA Network super-spy TV show Burn Notice thanks to the free DVDs I get from the library. No, it’s not instant gratification, since you have to order them and wait for them to arrive, but if you’re patient, you can watch a whole lot of stuff for free. Been doing that for 20 years now. I’ve moved on to a BBC program that our Houston PBS station was running but stopped, called New Tricks. It’s about a group of retired police officers under the supervision of a somewhat disgraced Detective Superintendent who is assigned the UCOS, or Unsolved Crime and Open Case Squad. I’m on Season One, which I’ve never seen, and I’m waiting on Season 9, which is where the TV station stopped broadcasting it. Season 10 will be out on DVD soon, and I’ll be putting my request in for the library to get it to me when it’s my turn. Smart, well written and impeccably acted by a skilled British cast, there is nothing on American television like it.

One day, when things get a little better, I’m going to have SO many DVDs!! My next DVD player will be region free so I can buy the shows from overseas and watch them. Yes, I already have a few in mind.

So I’ve got a little good news about the HeatCageKitchen garden. First, what’s growing is growing well. Last week’s drought-busting rain helped, even though I do water regularly. However, I’m still fighting off the slugs. Somehow, the darn things are still getting at my basil and pepper plant leaves, although I can’t figure out how. I have discovered that some are finding ways around the eggshells, particularly on the basil. GRRRRRR.

Still hoping for a bumper crop for pesto later this year. If not. . .it’s off to Trader Joe’s for big clam shells full of fresh basil! One way or the other, I’ll have lots of pesto in my freezer this winter.

I haven’t done anything with the garlic scapes,which, as you can see, are happy. I’ve gone through some parsley, though.

But the big news is the little strawberry plant that I transplanted into a hanging planter. I think it’s about 3 years old, and last year it got parked in a paint bucket for a while. It’s now producing berries! Right now there are 13 of them in various stages of development, and one is turning red as of this morning:

I don’t know if it will fully develop, or what, but it’s trying to. There is one berry that’s developed into the proper shape, but will likely get bigger,and not changing color just yet.

The perfectly shaped berry. I can’t wait to eat it.

Oh, boy, I love strawberries, and if this little plants starts putting them out. . .I’ll be one happy foodie.

Week before last, I told you about a replacement book I bought, The 20-Minute Natural Foods Cookbook by Sharon Claessens. I’ve looked through it a few more times and remembered some good food I’d made a long time ago. I think I finally ditched the beat-up copy I had maybe seven, eight years ago, but I remember using it last about the late 1990s, maybe. I remember the ex-husband coming home to my favorite Spaghetti with Garlic Salmon Sauce (page 48), and complaining about the kitchen smelling like “stinky cat food.” No, he wouldn’t eat it, but that’s what he gets for coming home early.

This weekend, feeling a bit nostalgic (and thawing out more chicken than I needed) I decided to make the dish on the back cover of this book, Pineapple Chicken Mozambique. The dish calls for a quarter of a small, ripe pineapple, but all Food Town had was big ones–so I’ve got a lot of chopped up pineapple in the fridge. I’m thinking about putting it on a small baking sheet and freezing it, because I just didn’t intend to have that much left.

Admittedly, I do like pineapple, but not a whole one at once. Yes, I would, in a prior life, occasionally have pizza with pineapple on it, along with ham, sausage, pineapple or some other kind of meat, olives, bell peppers, and whatever else I could remember. I have to say pineapple on pizza might seem weird. . .but it was REALLY good.

I was also out of onions, so I got some, and wouldn’t you know it? No turmeric! I ALWAYS have that orange-looking powder around, but not this time, so I had to get some. And raisins–a six-pack of those little lunch-box sized boxes. I only needed 2 tablespoons, and that’s what one of those boxes provides. I nibbled on a couple, then the rest went into my briefcase and my weekend/non-work bag. Along with a couple of small packets of peanuts, I might be able to survive a long drive home from town without stopping for a bite somewhere.

Now, while this book is all about 20-minute cooking, what they didn’t do in 1982 was mention the prep time. I had to gather up some parsley and chop that, chop the chicken into bite-sized pieces, then deal with the huge pineapple. I think the whole thing took about 30 minutes, maybe 35, including prep time, which is still not bad for a quick meal for two people. (or one, if you’re that hungry.).

BTW, you can now buy pineapple already peeled, cubed and and dealt with in most produce sections, as much or as little as you want. THAT’s a time saver we didn’t have back then, too, and why didn’t I think of it yesterday? Next time, I’ll get the pre-cut pineapple instead.

One alteration I made was to use olive oil, not corn oil, since most corn oil (to my knowledge) is hydrogenated. Grapeseed oil, as faithful reader Kanani mentioned last month, might be a good substitute, since it’s a flavorless oil, and would let the good taste of the food come through; however, grapeseed oil can be expensive. While I didn’t have a problem with the olive oil, I may try the grapeseed one day and see if it makes a difference.

Oh, and because they are nearly the same thing, instead of tamari, I used regular soy sauce, the kind you find in packets in nearly every Chinese restaurant in America. (If you are gluten-intolerant, you’ll need to find that kind.)  Soy sauce is fermented, so I don’t have a problem with it, and it provides pretty much all the salt you’ll need anyway.

Also, this dish is intended to “serve with brown rice or whole wheat noodles,” but I bet a little quinoa would work too, or some gluten-free pasta, if you have some. Then again, you could just eat it by itself like I did and have more veg on the side, a salad, or some home-made gluten free bread. Otherwise, without the noodles, it’s what I like to call “gluten free by default.”

Remember, this was an “exotic flavor” back in 1982. So how do you make this golden oldie? Like this.

2 teaspoons oil (corn is specified, but I used olive)

I do love my Splayds.

The combination of cinnamon and turmeric adds a nice color to the onion and chicken without being overpowering. I do think I should have measured the lime juice instead of just eyeballing it, because it was a bit tart. That, of course, was MY fault.

For a quick and easy meal for two, this is a good one, and you can get the needed ingredients on a quick trip through the express lane, assuming you have none of the onion, the spices, soy sauce, oil and butter, that makes for a supermarket drop-by on the way home. For four people (or more), just a little math is involved, and maybe a bigger pot.

For a busy Monday, or anytime you want something fast, you won’t go wrong with this recipe.