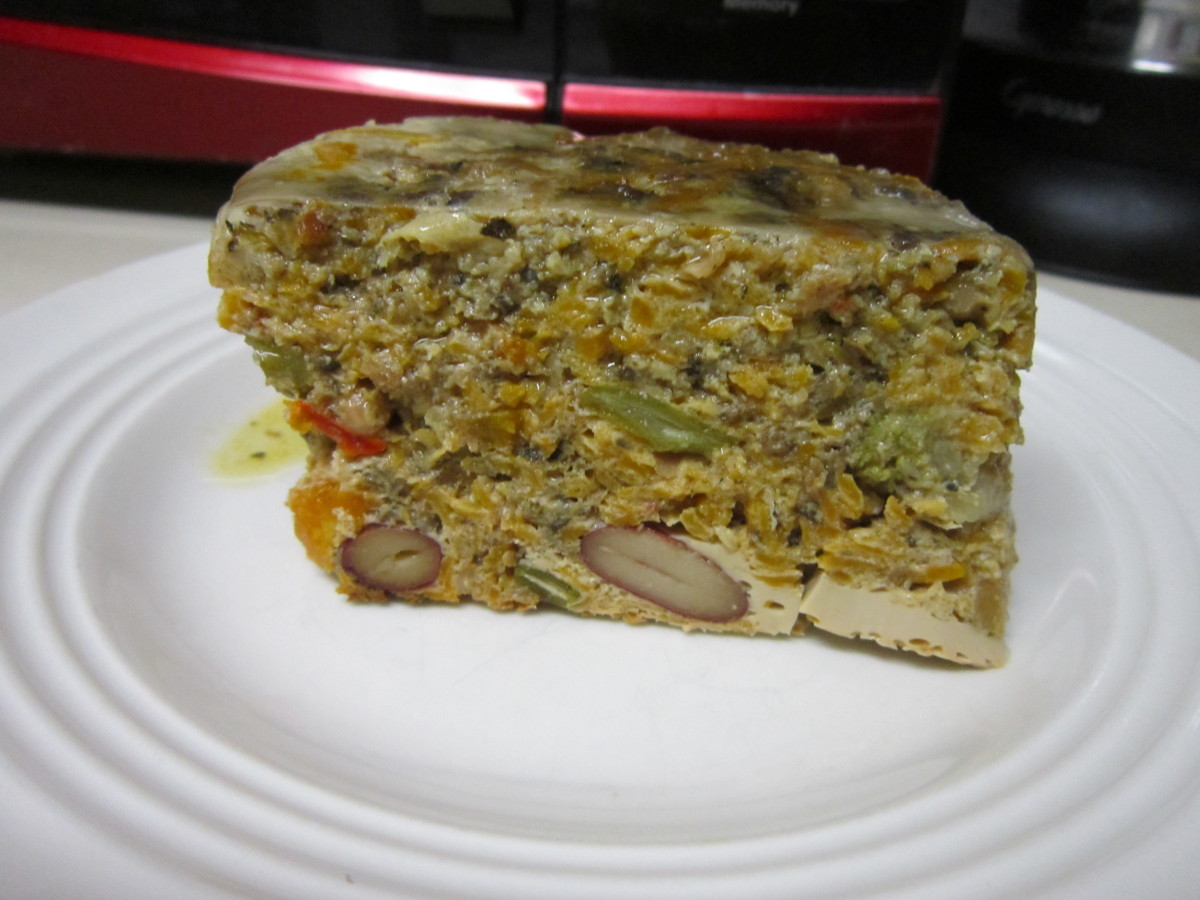 Are you warm? Are you snowed in? I’ve alternated between T-shirts/shorts and jeans/sweaters this week. At least we have the final season of Downton Abbey and the limited-run 10th series of The X-Files to keep us entertained. Oh, and the Superbowl is upon us again, and. . .I don’t care.

Got a message from Neighbor E this morning. He’s found the Dark-Chocolate-Raspberry Cupcakes, and now, E is happy:

Neighbor E doesn’t drink coffee, so I asked him what was in his coffee cup. . .he whipped up his version of the Starbucks Chai Tea Latte. Never had one, because I always go in for coffee. But hey–I duplicate the Hazelnut Macchiato on the stove top, so why not? (E also told me that a  longtime local Starbucks location has also closed, but there are at least three more in the vicinity to take its place.)

Remember the new delivery vehicle being developed for Domino’s? I saw one in Clear Lake this week:

Since I was on the wrong side at a stop light, I could only get this side. But check out what it says on the fuel tank:

It says, “Unleaded Fuel Only. No Pizza Sauce!”

Makes you wonder if it’s a joke or if someone actually tried it.

In the Valentine’s Day department, Kroger had this jewel:

Perfect size for whom? Guess it’s supposed to a polite size for when your honey comes over, and you eat “the whole cake with two forks.” OK.

My kettlebell workouts ceased for about a week when I had a mysterious floodwaters in the bathroom–and it wasn’t the tub or commode. It was discovered, finally, and the blockage has been cleared. I couldn’t figure out how the water was coming into the area under the AC unit. But I’m back on it, with a heavier 15 pound kettle bell. The 10 pound weight wasn’t heavy anymore. (Other than the initial stiffness, I haven’t hurt myself, either.)

So, is anyone doing a Paleo diet this year? “Paleo,” if you’re not familiar with the term, is short for Paleolithic, as in Paleolithic Man. Yes, cave man, and not necessarily the ones I’ve dated. A Paleo diet is, as I understand it, a diet of food that Paleolithic Man would have consumed–meat, veg, little fruit, and nothing processed or the product of agriculture or manufacturing, like grains (and bread), cheese and butter (but I think milk is OK, because it’s just. . .milk.) Like low-carb and gluten-free, lots of folks have taken the proverbial ball and run with it, with books, blogs and articles abound on the subject. Once you learn the basics, go from there.

Some time ago, I stumbled onto a recipe via PaleOMG, written by Juli Bauer. She’s not only a foodie, she’s also a blogger, fitness person and bride-to-be. She blogs about all these things and creates some delicious Paleo food in the process. She’s also published a couple of cookbooks, something I haven’t aspired to doing yet. If you go check out her blog, be aware that she does use language I reserve strictly for the process of driving around in Houston (especially with the huge inbound migration we’ve received in the last few years.) I don’t really do that on this blog, but that’s just me (except I know I said “fart” once.)

As I’ve mentioned here before, I am very happy to toss a bunch of things in the Crock Pot and let it cook all day, particularly in the summertime, when you don’t want the kitchen to heat up past 80F (when it will feel like a “Heat Cage Kitchen.”)  I went back to review the site, and to see what else Juli had, and came across a recipe for Sweet Pulled Pork Waffle Sliders. WAFFLES? Yes, waffles used as sandwich bread with freshly made mayo and slow-cooked pork shoulder. In this case, the waffles are made with almond flour and some other Paleo-friendly ingredients. I think I’m going to have to make this soon. . .my waffle maker has been put up for a few weeks, darnit. I haven’t forgotten it, of course, I’ve just been doing other stuff, like tossing stuff in the Crock Pot and making phone calls all day long.

But this weekend, I found one of Juli’s recipes I’d printed some time ago and forgot about. The Easy CrockPot Breakfast Pie has just a few ingredients, but is easy to make and is dairy-free. Why dairy-free, you ask? Well, it’s good to have handy if I have to do yeast-free again, and if I run out of milk or something. It’s a little different, because I got used to cheese and milk or cream in my breakfast cookery. But this is a welcome change, and it contains. . .sweet potato. THAT got my attention!

The recipe is as follows:

I skipped her smart-alecky final line, and eventually I’ll have it up on the Recipes Page as a printable PDF file for anyone who wants it. So let me tell you how easy this is to make.

Not a whole lot of ingredients as you can see, but I forgot the dried basil in this shot. Now, as I said, I used one of these:

Keep your dirty-mind comments to yourself, please.

They’re kind of hard to find, so I get 2 boxes when I head over to that nice HEB in Friendswood. When you set it up, it looks like this:

Yes, looks silly but it works great, especially in this recipe.

I greased it with either coconut oil by hand or sprayed on olive oil, I don’t remember. Then, get on with it:

I do love my little shredding toy. When you’re done with that, dump it into the crock, and get on with the onions in the same fashion (and why not?)

Shredded onions are so much easier, and less tears.

Because the last part of the ingredient list calls for “any extra veggies you want to put in there: peppers, squash, etc.,” I added a bag of frozen veg from Kroger:

I added in the spices next:

Now, Judi’s recipe calls for some mail-ordered pork sausage that’s clean, antibiotic free, gluten- and sugar-free, and all that. However, since I just wanted to try it, I used readily available sage pork breakfast sausage from Kroger. Knowing that I was going to make this dish, I left it out for several hours to take the chill off and let it soften up. (One day I’ll be buying stuff like that again.)

Let me point out here that in most of these slow-cooker breakfasts, you brown and crumble the sausage on the stove top in a cast-iron pan, then toss it into the CrockPot, then add the eggs, milk or cream, and other stuff. In this recipe, the raw pork sausage is added directly in and the dish cooked for a longer amount of time.

Yes, it was still sticky and hard to work with, but I did it.

Take your spoon and mix it up well. Now get on with the eggs–you can whisk them, as the recipe states, but I’ve discovered that the lovely immersion blender works better:

Eggs! (I had a coupon for Egglands Best, I promise.)

Mine came with this beaker, but I’ve also done this with mixing bowls:

Blitz! (Start on low speed to make avoid egging your own kitchen.)

This recipe doesn’t have milk or cheese, but when you are adding milk to eggs, the immersion blender works really well to make sure it’s all incorporated. Now, just pour it over the mixture:

Give it another stir and pack it in a little:

Mine took about 7 hours to finish, but I also turned off the heat, unplugged it, then left the lid slightly off to let the heat escape and help it cool. When it was just warm, I removed the pie from the crock, and this is what I got:

Yes, I know it looks a bit strange.

One advantage of the slow cooker pot liners is the ability to lift this baby out, drop it directly onto a cutting board, peel off the sides of the liner, flip it, remove the rest of the liner, then cut it just like a cake or a pie. If you’re single like me, you just pack it up in containers and have a microwave-ready breakfast every morning right from the fridge.

This is more or less what you end up with:

Now, you get out of this what you put in, and you see two cut red beans there on the bottom, and probably a bit of cauliflower there, too. Those, of course, were from the frozen veg mix I added to it.

And you know what? It was pretty good. I was wondering if it would be disappointing, but it’s not–it’s really different. Not like the kind with eggs/cream/milk/cheese, but pretty darn good. I got two thumbs up from both Neighbor R and Neighbor E, who added:

“. . .it fascinates me. For healthy eating I doubt you could do much better. But all the ingredients blend in together and there isn’t one that stands out (kinda like cake without the icing). A restaurant I go to for brunch has some incredible vegetarian sausage. Thinking if piled a bunch of that in there to give it some spice, it would be a hit.”

Thanks, E! I noticed too that there wasn’t one thing you tasted over another, it just kinds of all blends up. Much as I love sweet potatoes, I didn’t really taste them like you do when you eat them “straight.”

Three thumbs up for this one! And since it’s done in the Crock Pot, it’s easy, too. Looks like we have a winner here, a great warmer for cold winter mornings, wherever you are.

The Mystery of Hubig’s Pies