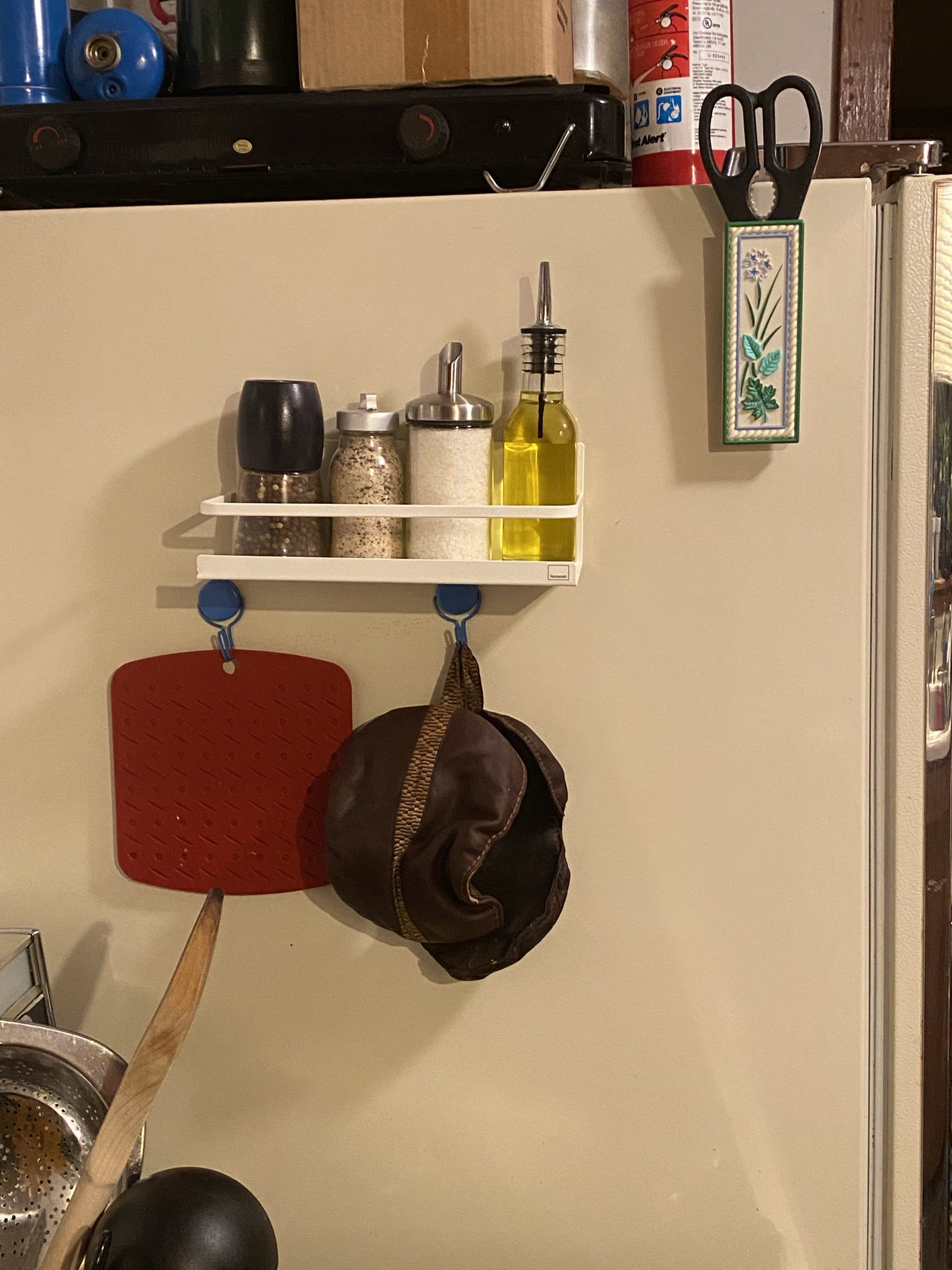 Yamazaki Home is a 100-year-old Japanese company that offers contemporary home goods for any decor. After nearly five years of looking for it, they have something I really needed.

No, this isn’t a post from the draft folder–I’ve still got a few in there for you that are, shall we say, “evergreen.” In other words, I can flesh them out and publish them anytime.

Today’s post is about a company I only recently discovered and want to tell you about. Because you or someone you know just might need something. And no, this is not a sponsored post, but the Amazon affiliate links are mine, since you can also buy the products there.

It’s the time of year for watermelon! No, it’s not keto–but it sure is tasty. Watermelons are loved throughout the world and especially in the southern US. They’re grown down here, actually, so you understand why. You can buy watermelons grown in Louisiana all over the place. But occasionally, we also get them from Texas, and even Mississippi.

One of BF’s local car-guy friends has decided to start growing watermelons. He leased some land in Washington Parish and got BF out there with him one day to start tilling and planting seeds. They used equipment, not working it by hand. I’ve not been there myself, but BF did text some pictures from there. It was a bigger operation than our failed gardening attempt last year that included watermelons. That garden was for our own personal use, not for sale. The deer and the raccoons had a field day taking out the corn and some other plants.

The friend, along with his 16-year-old stepdaughter and occasionally one of her friends have been standing on the side of the road selling them. They usually sell out, although this past weekend saw three of them delivered to the Casa de Rurale.

This is one of the three “genuine” watermelons from Washington Parish. Didn’t realize he needed to put stickers on them, but that’s OK.

As watermelon is, they are sweet, tasty, and full of seeds. So I did what I would normally do–cut the watermelon into chunks, and add the seeds into a bowl, then spread them out into the garden plot. Now it’s just wait-and-see. We could have watermelons for Thanksgiving!

Ok, I’m just going to go ahead and admit that this was an unintentional and all-around bad idea.

The other day I was making dinner and thought that I would be using the small oven on the left-hand side of BF’s avocado green stove, and turned it on. When I realized that it would be too small, I turned on the big oven. To 400 degrees, no less. Unfortunately, I forgot to turn off the small oven.

Because the kitchen in the Casa de Rurale is a bit small, I had the watermelons on the stove while I cooked dinner. One of them was sitting on the back burner that’s above the small oven that is also an exhaust pipe for the small oven.

I kept smelling something but I wasn’t sure what it was. BF had the same thought–what’s that smell? Heading into the kitchen, he found the source:

So, other than being in the blog, this hot mess is our little secret. Fortunately, the guy doesn’t read the blog.

I left it alone for a while, and then cut it open to see what happened:

A closer inspection shows that it really did get badly singed:

What did it taste like? Well, watermelon, but not a very good one. So it was Watermelon Night at The Possum Palace.

Not doing that again.

Longtime readers may remember this shelf that I put up in the condo’s kitchen at El Dorado Trace:

The condiment shelf, which was by the stove for many years. Handy little item when you’re cooking and don’t want to stop to head for the pantry.

This little shelf is from IKEA, and they still sell a similar version, plus this new version. I remember it as about $5 at the time. First, I lacquered it. When I put this up next to the stove, I felt like I had the greatest kitchen invention ever.

Then I moved to the Casa de Rurale.

Working In His Kitchen

It took a while, but I managed to do some organization in BF’s kitchen (as well as the rest of the house.) Unfortunately, many things were broken during the move or after I arrived, like that perfect little bottle for olive oil. That’s what happens during a move, of course.

One thing I planned to do was put that little shelf back up, but there is a refrigerator, not a wall, sitting next to the stove. I had two choices: put magnets on the back of the wooden IKEA shelf, or drill into the refrigerator. The first option seemed the best idea.

But of course, that didn’t work–the industrial-strength magnets I glued onto the back of the shelf just didn’t work at all. Even though I deployed Gorilla Glue–the bolt-it-together polyurethane stuff–it still wouldn’t stay on the fridge, much less hold anything. The olive oil bottle, salt, pepper, and seasoning bottles sat inconveniently on the other side of the kitchen for over 4 years, with the shelf packed away somewhere.

Then I was on Instagram one day and saw something that altered the dynamic.

I start seeing these new things in my Instagram feed. They were sleek, simple, and very functional. Then the company posted this on May 18th:

Unlike IKEA’s very Swedish names, this shelf comes with a simpler name–and a 3.5-pound magnet, too. I signed up for the company’s emails, and in short order, there was a sale. So of course it moved from the “one-day” list to the “I’m ordering it right now” list.

It only took a few days to arrive, and in true Japanese fashion, it was efficiently and well packed.

A simple but very useful item:

One thing I needed to do is get a smaller bottle for the stovetop olive oil supply. Yes, I do have to refill it more often, but the bigger bottle I’ve used since I moved here would likely be too heavy once it’s full. Once I got the smaller bottle a few days later, filled it, and topped it with a spout I was ready to put up the shelf. Having that handy goes a long way when you’re busy cooking.

You really don’t “install” this shelf, but you do have to make sure the magnet is fully stuck on the side of the fridge. In this case, it involved a thorough cleaning with the infamous “scrubbing bubbles.”

Bet you didn’t know you could do that, did you?

Wiped and scrubbed it clean, then put the shelf on it.

Admittedly, I only put a few things on it at first to see what it would hold. But once I was satisfied that I could put what I wanted on it, I put more:

Just like the original shelf, there’s a bottle of Chipotle Tabasco, as well as some Cajun Land Seasoning that I like. Unless I buy another one, the rest will stay on the other side of the room.

What does BF say? “I’m waiting for it to fall.” Thanks, Honey.

Yamazaki Home has been in business for 100 years, and has only been branching out to other countries recently. They’ve been in the US since 2014, but apparently only crossed my radar on Instagram in May. The company utilizes the Japanese minimalist approach to home goods that are practical, useful, as well as stylish.

In other words: there is no frou-frou, schlock, or kitsch here. Everything WORKS.

Some lifestyle bloggers are calling it “The IKEA of Japan” for its similar approach to home goods. This post from Gear Patrol is the most recent blog I’ve found.

While Amazon and Wayfair do carry many of their products, the newest of the new is only available on their company website. Their website is worth checking out if you’re looking for something you can’t find anywhere else–like IKEA.

Their blog is called “Yamazaki Stories,” and features things like this international-ingredient version of coconut cake. Fortunately, there is an Asian grocery store in Baton Rouge that I have yet to investigate, so I could actually get some of the more unusual ingredients there. Of course, the cake is on the company’s very own cake stand.

You can find Yamazaki Home on:

Follow one or all of their social media accounts so that you can be notified of new products, flash sales, and more.

Now, Yamazaki Home’s items are very well made, judging from what I see online and the Plate shelf. They are also more expensive than IKEA products but are made to last a long time.

The Plate Shelf runs $20, although, admittedly, I bought mine from their website during a 20% off sale in May. I’m sure there will be more in the Casa de Rurale from Yamazaki Home in the future, even if it isn’t their most expensive stuff.

This other magnetic kitchen rack could very well be next, and this little stackable shelf might be useful in the kitchen or other places throughout the house. This self-draining soap dish is probably going to show up in the bathroom as well as the kitchen one of these days–and maybe one in the garage sink for BF. And I do like this butter dish.

Note that there is also a company called Yamazaki that produces a high-end range of flatware. However, Yamazaki Home is not the same company.

Remember my cookbook review of The Southern Keto Cookbook just a couple of months ago? Guess what? Emilie Bailey, aka, The Texas Granola Girl, is about to release her second cookbook, called The Ultimate Simple Keto Cookbook: Easy Ketogenic Diet Recipes. It’ll be released on July 13th, but your faithful blogger was kindly gifted a preview copy–and I’ve been using it! So I’m hoping to make a couple more recipes this week and include them in my review. I’ll also be leaving a very positive review on Amazon, because so far, so good.

Oh, yes, I’ve found one recipe so far that uses turnips. No comment.

Our pantry also needs a clean-out and reorg, and that will also be part of an upcoming blog post. BF just sees stuff he doesn’t understand wonders, “why do we need all this?” More in the blog post.