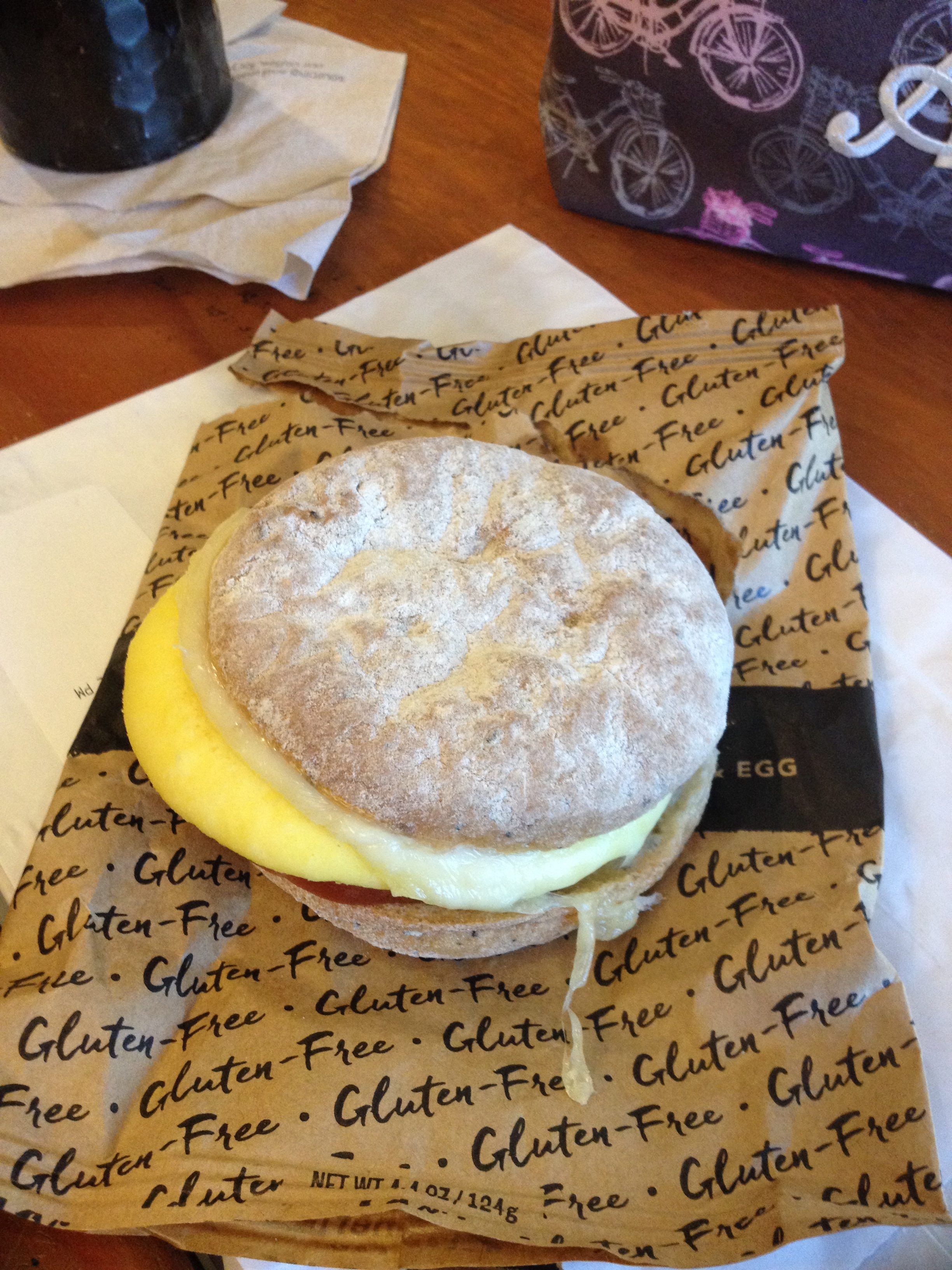 Well, I found another thing to write about. If you’re one of my gluten-free readers, this one’s for you.

But first, some news

Remember my blog post on einkorn wheat, the original form of wheat that’s being grown again for a hungry world? My einkorn article for my client OffTheGridNews has been published, just this week, and you can read it here. There are two more articles in the queue that haven’t been published yet.  I’ve been paid for all of them, so they’ll be out eventually. On Facebook, that article garnered about 10 comments (not all nice), 79 shares and 80 likes. So I guess I can write. . . .

It’s long been known that the food industry throws out a lot more food during the selection process than they keep. Farmers know they can’t sell a funny-looking tomato that will taste incredible, because appearances are everything. Misshapen produce is a big one, but there are other bits and bots that are, shamefully, discarded, adding to food waste and landfills. Ever think to yourself, “we could be feeding hungry people with that”?  (Or said to a child, “there are starving people in. . .so eat it?”) Well, turning leftovers into food is a trend that’s happening now–but it’s startups that are leading the way.

From the Washington Post, food waste is the “hot” new trend in food. Edible but ugly produce is turned into jam, flour is milled from the remains of coffee beans, and stale bread is turned into beer. It’s not dumpster-diving, because nothing has gone that far, and a lot of “waste” has been kept out of landfills. These innovative folks are just taking something that’s usually discarded, but useful and still edible, doing something new with it. I like that.

My question: why hasn’t anyone thought of this before?

Zeponic Farms, part of George Mason University, is a little gardening operation in a re-purposed shipping container that grows lettuce, other green stuff. They work with folks in the Mason LIFE program to offer education and work experience to those with special needs. The lettuce they grow is sold to the campus food service company, Sodexo, and served in the campus dining hall. Can’t get any more “local” than that, and it benefits a lot of people. Eventually, they hope to offer employment to the special needs community as well.

I’m sure they’re not growing *that* kind of herbal in there. Not where anyone can get to it. But Louisiana’s own LSU is getting on that medical pot bandwagon to–what?–generate revenue. Because revenue from alcohol and gambling casinos only goes so far.

On a lark, I decided to head to Starbucks in Hammond for the day, since the library closes early and BF works late. I’m sure he won’t mind. Knowing that I had two free things, I figured that I could try their new gluten free breakfast sandwich today. Originally, I wanted BF to join me so he could try it with me, but. . .well, I think I need a new taste-tester for this humble blog, since he complains about it a lot. He doesn’t want me near the Crock Pots again for a while, and he’s all but banned me from waffling anything for him, so. . .that’s enough of that. BF is now retired as the  HeatCageKitchen taste-tester. Problem is, I don’t have anyone else to use, so I tried the darn thing myself.

The issue with a lot of the “gluten free” stuff, like many “alternative” foods (diet, diabetic) is that they taste bad or have a dreadful texture. One bite, and you realize that you’re better off chewing your nails. The market share and demand for decent-tasting gluten-free food increased when more people went gluten-free. It’s not just folks with the allergy anymore. The more people read about what modern wheat really is, (i.e., Wheat Belly), the more they leave it alone.

They finally made one

A couple of years ago, I called Starbucks to ask them about doing something gluten-free. The response was that they were unable to because they couldn’t guarantee against cross-contamination with other gluten-laden products. Some of that problem has been dealt with, as I’ll show you.

Hungry, I sauntered up to the counter and requested one along with a refill of hot brewed coffee. When the little oven went off, I was handed this little package inside one of their standard white envelopes:

That’s how they solve the cross-contamination issue!

Yup–sealed in a parchment pouch that can withstand the heat of their mini-ovens. No mistaking which one this is, either. But how do you know it’s really gluten-free?

Certified gluten free means that, depending on the regulating program, this food product contains less than 20 ppm (parts per million), although the Celiac Support Association (formerly the Celiac Sprue Association) requires foods to have less than 5 PPM. According to this article, anything less than 20 ppm is not detectable, and most people with the allergy don’t have a reaction at that rate.

The FDA also has official rules on what constitutes “gluten free,” setting that bar at 20 ppm.

Companies that jump through the hoops to get certified are usually catering to the gluten-free crowd anyway, so they want to make sure you’re getting what you asked for. Knowing what kinds of foods are gluten-free already helps.

Tearing open the envelope, I carefully removed this:

OK, so it’s a little lopsided. They get jostled about in those little packets. They can’t straighten it out because that would require opening the packet. Then I took a bite:

For a gluten-free item, it’s pretty good. The same tasty fillings you’d expect in their regular sandwiches. The bread is only slightly stiffer than regular bread–think ciabatta or French bread. Then there is the matter of a little bit of flour on it, something the regular sandwiches don’t have. Just don’t eat it too close to your keyboard, I’d say.

If you’re wondering what’s in these, well, this is the back of the packet:

Bread normally has a lot of ingredients, but because it’s also egg, cheese and Canadian bacon, well, you know.

You can read more about this sandwich on Starbucks’ website, and it should be available nationwide. Hey–if they have it in one way out here, you should be able to find it anywhere.

They sell about 12 of these a day  in Hammond, I’m told, so there’s definitely a market, even in places where people don’t follow the food trends. Southeastern Louisiana University is also in Hammond, so that may also be a factor. Bigger cities like Houston probably sell 12 an hour, if not more.

Starbucks carries a myriad of things, many of them gluten free, as I’ve mentioned before. But now, you can get a gluten-free breakfast sandwich in Starbucks, too.

It’s getting on time to go and pick up my former taste-tester from work.  He had a frozen dinner today for lunch after his rampage through Walmart this morning. Tomorrow will probably sandwiches.  His choice.